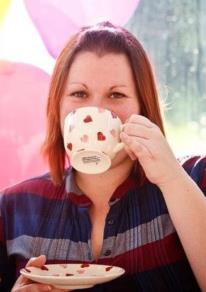 After a very exciting email and phone conversation with a researcher at the BBC One Show offices last Friday afternoon, I was asked to rally the troops and get 4 or 5 Clandestine Cake Club members from our Cambridge club for a filming opportunity this Monday evening. It was all in the name of the Great British Bake Off Final and with Paul Hollywood and Mary Berry planned to be in the BBC One Show studio on the Tuesday (the evening of the Great British Bake Off Final), they wanted to film some Cake Club members talking about how the show inspires them, etc.

With the next Cambridge Clandestine Cake Club being hosted on the Tuesday night, hosted by myself, in a pub in the centre of Cambridge, we had planned to be watching the final with our home baked cakes, all inspired by the show and the contestants, so this is why we were picked up for said feature on the BBC One Show, it was very exciting for all involved. 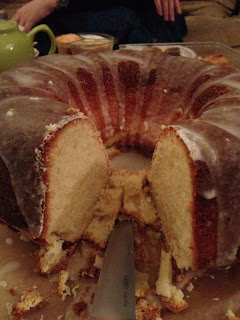 The small group of us that were going to be part of it used the weekend to preen, clean our homes, bake a cake impressive enough to appear on the goggle box and wow the judges in the studio... however, a small issue arose on Monday afternoon... Paul Hollywood couldn’t make the studio on the night of the Final, so he pulled out of the feature, which meant we weren’t going to be filmed. A real shame, but, it didn’t dampen the Cake Club spirits...

We still hadn’t heard from the show and we weren’t sure what was happening, until an email at around 4pm told us they wouldn’t need to film... gutted, both for Lynn at the CCC (as it would have helped drive more people to her fabulous free cake club, get yourself on their now if you love cake!!) as well as for the lovely ladies who had agreed to take part and who had baked and cleaned as much as I had done so over the weekend in anticipation, with none of us knowing who’s house they wanted to visit, it was unorganised and rushed to say the very least.
Good old BBC haha. 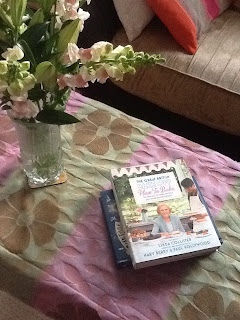 After a quick chat with the lovely Lynn and some encouragement to not let this fine cake display go to waste, it was only natural that the hostess in me would kick in and invite these lovely ladies over to my house after work for a mini tea party of our own to celebrate the Great British Bake Off Final.. a warm up to the main event the next night, helping us to limber up and get into the swing of cursing our least favourite of the judges and moan about the Bake Off challenges and concoctions.

Queue Cambridges’ smallest Clandestine Cake Club so far, 3 guests with simply 2 cakes baked by our very own fair hands, with my 3 layer Raspberry & Vanilla Cream cake with Plum Jam and the lovely Kelly’s Lemon Drizzle Pound Cake which was an American recipe handed down to her by her grandma, it was gorgeous. Rachel also came along and helped to tuck into the cakes (it’s a tough job, but someone’s got to do it ; ) and my two new American friends (it was bizarre for all that they were both American as we didn’t know anything about each other until we met!) told me the best places to go for Bagels in the US and in the UK.. noted on all scores! Food was, of course, the conversation from start to finish and I have loads of research to do for next time I’m in Liverpool and need somewhere to eat, hurrah! 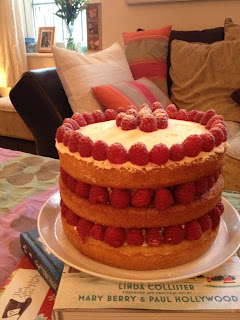 Another Rachel, who couldn’t make it in the end, but had baked as well, enjoyed eating her cake from afar, whilst she revised for an upcoming exam. She sent me a photo in honour of our little celebration and we missed her dearly, she is a fab guest from our previous Cambridge Cake Club meets and we missed her dearly - Good luck in your exams missy!

As well as some savouries chucked into the oven at short notice to feed my hungry guests straight from work, I made sure there was some chilled out music and “Amelie” on the gogglebox in the background for a little ode to everything I love about coffee, tea and cake. 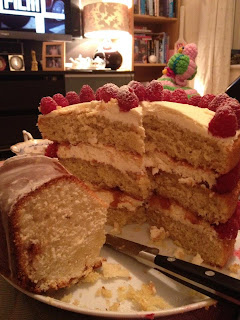 The cake was BBC’s loss, our gain, as well as our office and families afterwards ; )

See more on the Great British Bake Off Themed Event the following evening here:
http://thesecludedteapartyshhh.blogspot.co.uk/2012/10/clandestine-cake-club-great-british.html
Posted by The Secluded Tea Party at 07:13