As you may know by now (and if you are new to my blog, welcome and you will very soon learn!) I have a rather unhealthy infatuation with afternoon tea, Downton Abbey and with all things well mannered.
And with these passions, I plan to share my thoughts after each episode over the coming weeks with you. 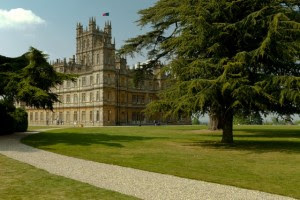 The fourth series of Downton has just hit our screens in the UK and the fans, myself included here, were giddy with excitement at the emotional advert played weeks before the first episode aired (what on earth will happen to Lady Mary now that Cousin Matthew has passed away unexpectedly?!), what else other than terrible "talent" shows do we have to look forward to this autumn?... I rest my case.
Downton Abbey is based on the aristocratic "Crawley" family and their servants in their country estate in Yorkshire, complete with tears and tantrums and the odd death thrown in for good TV viewing, it's stupendously addictive. From the inspiring evening wear and dinner party tables, through to the etiquette and service from the family, staff and their visitors and even the one liners and quips from the Dowager Countess of Grantham (Dame Maggie Smith) that would have anybody chuckling who cared to give it a go.
So to my wafflings on this episode, following the hilarious scene of Mrs Patmore looking more than peeved that she is about to be replaced in the kitchen by this new electrical whisk of which has appeared on her worktop. It wasn't seen as a help, but more a hindrance as she was made to feel that staff, including herself would be replaced with machines... if ONLY she could see us modern day goddesses in the kitchen, she would know she had nothing to fear! 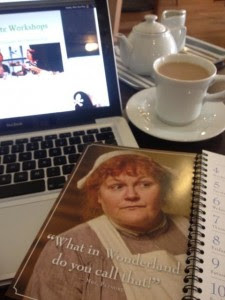 In fact, it got me thinking back to my own childhood and the more basic baking equipment that even I had access to, there were certainly no swish kMixers or microwaves out there when I was whipping up butterfly cakes with my mum.
I used to hate baking with my parents when I was younger, only over recent years have I become obsessed with baking and afternoon tea, believe it or not! The reason I hated the task so much as a child was the instrument of torture (or what I used to think looked like so) in the form of the MANUAL hand whisk - It looked like a dentists drill! 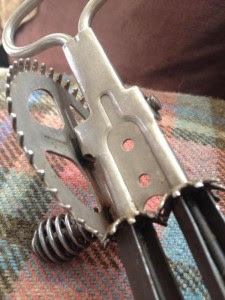 It was a recipe for a dead arm and I could never quite get myself in a posture that allowed for a successful whisking without my entire right side going numb from winding the handle so fast, so I wasn't personally a fan of baking when it was suggested for this very reason!
With that, I am going to share a very indulgent, yet simple recipe that requires hardly any whipping up (any of you out there with old fashioned baking equipment will be happy to note!) for your very own "Downton" inspired afternoon tea: 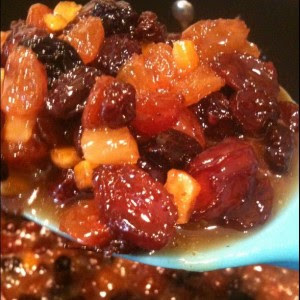 THE GIGGLE CAKE
Said to be a Cambridgeshire recipe (from the fenlands in fact) and is a boiled fruit cake, but boiled in butter. I told you it was indulgent, but the perfect loaf cake to go with a good strong cup of tea. 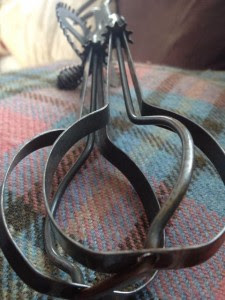 Add the eggs, mixing until thoroughly incorporated, then add the pineapples and cherries to the cake mixture and stir to combine. Transfer to a greased lined 1kg/2lb loaf tin and level the surface. Bake in a preheated oven at 180 degree c/350 degree f/gas mark 4 for about 1 hour. Test the cake with a fine skewer – if it comes out clear the cake is cooked – if not return to the oven for a few more minutes. 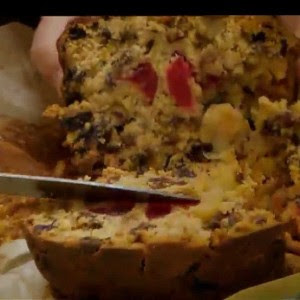 Posted by The Secluded Tea Party at 06:07